To Be Safe, Is to Prepare. 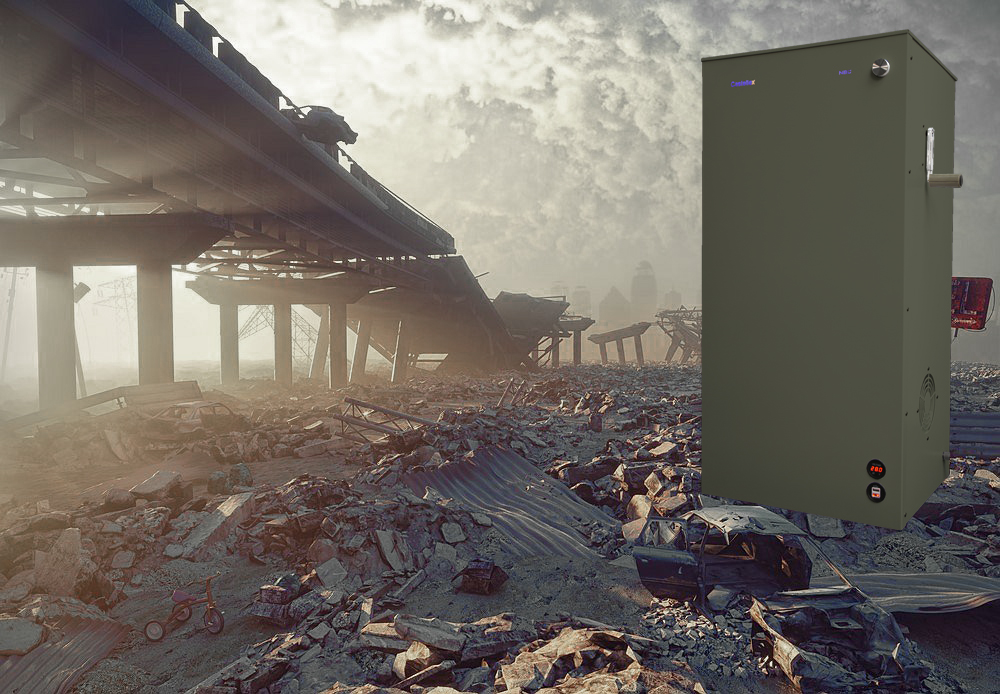 “It is not the strongest or the most intelligent who will survive but those who can best manage change.”
― Leon C. Megginson

In this day and age, a “tomorrow” is something people should not take for granted. Threats come in many shape and form and it will all be unexpected. From deadly viruses, natural disasters, and an all-out war, people will not be able to predict what will happen to them in the near future. Recent cases such as the Covid virus that is still happening, have impacted the world greatly, especially when it first started where people are hoarding masks, sanitizers, and toilet paper making the prices go up and leaving some people go empty handed when facing the lockdown. This even happen when things are not as serious as right now. Many protests have been happening because of political problem and the government has been battling them and spewing more problems. If a war occurs, then many people’s lives are in danger. More unpredictable events will inevitably occur, and most people right now are not ready for it.

There is a reason why the upper-class people are, or have been buying their own bunker with lots and lots of supply that could last them years or maybe even decades. BBC wrote articles on how the billionaires and some millionaires are buying bunkers all over the world. Their reason for building one is because of political problems, or a potential civil war. However, things may not be as plain as it seems because the number of bunkers being bought and build, keeps on rising. This people might know something that we don’t and that is scary. But by being scared, we should be able to realize that we have to be prepared.

Most, if not all bunker owners know about the rules of threes in survival. Their whole bunker will be based around the rules of threes of survival. Three weeks without food, three days without water, three hours without shelter in harsh weather, and mainly three minutes only without air. This means that air is very much the most important thing to have in a bunker. A bunker is a shelter that can protect anyone or anything inside of it, so this means that a good bunker will have airtight wall and thick doors. Nothing or no one will be able to go in without the permission of those inside. This means that air is not going to flow in naturally especially if it is an underground bunker.

Air is something people take for granted in a day-to-day normal life. But once it actually is a dire situation, then having air will be the number one thing people should look for in order to survive. No matter how thick the walls to the bunkers are, or how much supply of food and water you have in them, will all be put to waste if polluted or toxic air goes in. Or even worse, if there are no air coming in at all. It will not matter if you do have a lifetime supply of food and water if air problems are happening to the bunker. Those potato chips or canned tuna you have with you will be nothing but debris if the bunker isn’t flawless. So, what makes a great bunker?

A great bunker will consist of many supplies that could last years, and the most important thing is a great air filtration system. An air filtration system is the heart and soul of a great bunker. Having the best quality air filtration system is a must, since a bunker will be used for months, or even years. Having one that is not that great in terms of quality is not recommended. If somehow, it broke down, and it is not user friendly, then your chance of survival is completely gone. Fortunately, Castellex is a company that provides low-cost air filtration system that is very user friendly. Moreover, the most popular one, which is the Air550 NBC Air Filtration System, is the best choice for the average Joes because of its affordability, and also how easy it is to use it and also install it to your bunker or panic rooms. Other than that, the Air550 NBC Air Filtration System can be used in a daily situation in order to keep your home from being damp and moldy, and also filters out dirty air from the outside.

NBC are nuclear, biological, and chemical. Meaning, an NBC air filtration system is a unit that is able to filter even the nastiest and dangerous components in the air. Having one in the bunker will ensure that you will survive through a nuclear war, if the quality of the bunker is great. And Castellex NBC Air550 air filtration system is the best choice for it. It can provide clean fresh air for 24 people in a panic room, and can pump in 150 meters cubic of clean breathable air per hour. If somehow the electricity has gone out, then the user could manually power the powerful backup battery, ensuring the availability of clean air in the underground bunker. Castellex provides a worldwide shipping so that international customer can get their hands on this top-quality air filtration unit and be safe once something undesirable inevitably happens. The life we live should not be taken granted. A missile or a nuclear bomb is a button away, and war can happen anytime soon. Especially since the number of nuclear bombs keep on increasing. Resources become finite and yet the population keeps on growing. War is still happening in the Middle East, and many other countries. Bombs are still being dropped all around the world and we are all walking on eggshells. In the end, once shit hits the fan, the ones who are prepared will be the one who are able to survive through it all. If billionaires are able to survive with their bunkers, then why shouldn’t we all? We have to be prepared for what might come. While we still can.