Russian Invasion of Ukraine and Its Fallout 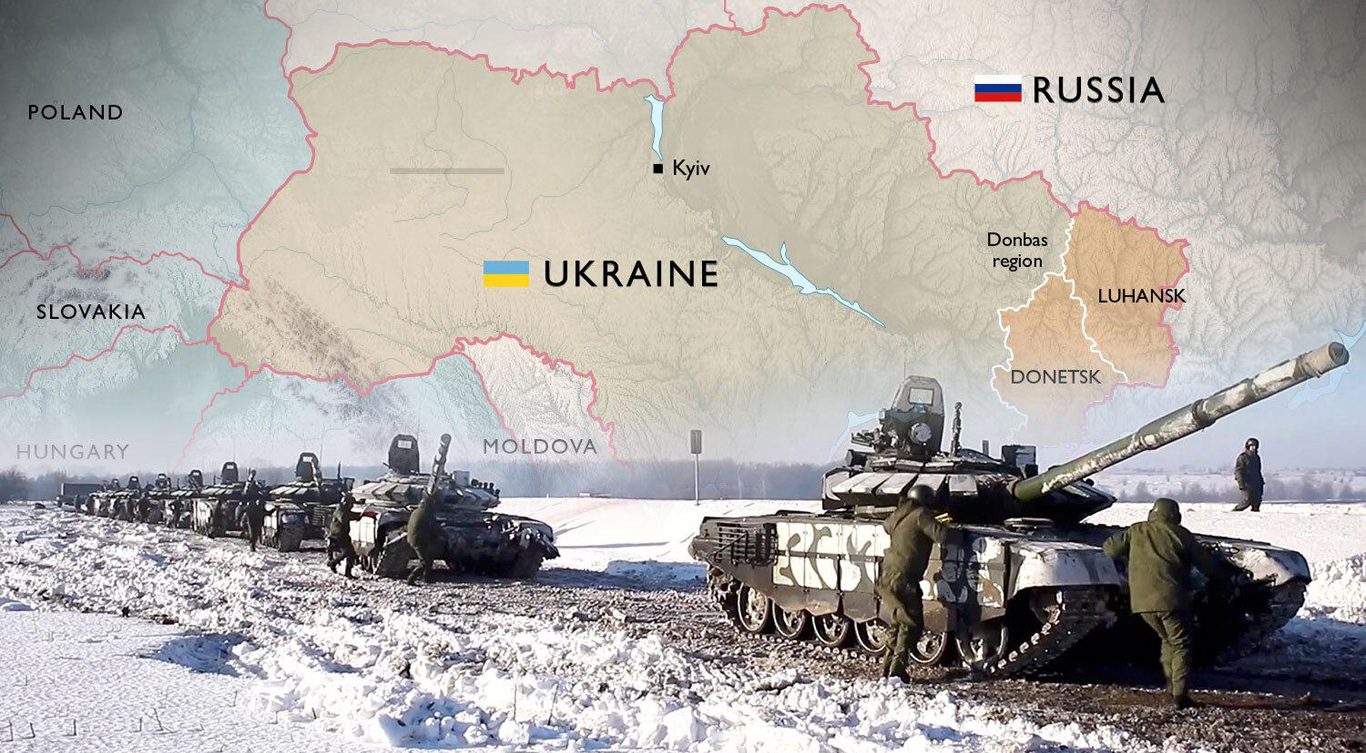 Stand first: Russia has attacked Ukraine from three directions. Both EU and the United States have condemned the attack. However, Europe and its citizens should be prepared for the worst.

Russia has launched a “full-scale invasion” of Ukraine, with weapons strikes targeting cities. Strikes were conducted on Ukraine’s infrastructure and border guards, and explosions were heard in many cities. Cyberattacks were also carried out on government institutions.

The Russian forces attack from three directions. In a combined Russian-Belarusian offensive, Russia sends in tanks from the north and launches attacks from the east and south. On the first day of the Russian invasion, 137 civilians and military personnel were killed in Ukraine and more than 170 were injured.

Officials in Ukraine have expressed concern that the number of casualties could increase by many folds if any of its nuclear reactors get hits. The country has over a dozen nuclear reactors and could cause havoc in the region if any gases or particles are in the air.

Events that led up to the War

The West grew increasingly concerned that Russia would attack Ukraine at any cost. The Russian government has denied these claims in the past few weeks by saying that it has no intention of attacking Ukraine. In spite of weeks of intense diplomacy and Western sanctions, Putin, who had massed over 150,000 troops along Ukraine’s borders, did not back down.

The Russian government has demanded the end of NATO’s eastward expansion, as well as an end to Ukrainian membership in the US-led alliance. The shelling increased after the Russian president recognized two separatist regions as independent and sent peacekeepers to the region, a move the West viewed as an invasion.

The US and EU reacted quickly, imposing the most severe sanctions on Russia. The Biden administration has imposed broad export restrictions on Russia, limiting its ability to export everything from commercial electronics and computers to semiconductors and aircraft parts around the world. America has warned Russia that if it does not withdraw its troops from Ukraine, it will face the “mother of all sanctions.”

In an attempt to cut off Russia’s military spending, the United Kingdom, Japan, and New Zealand have placed a ban on Russian goods and frozen Russia’s top bank assets.

A Threat of War Could Spread

The invasion of Ukraine by Russia will not only impact Ukraine but could have devastating effects on Europe. The possibility of a larger war depends on the ambitions of Russian President Vladimir Putin, on the West’s military response.

It could spread to neighboring countries if NATO responded strongly with military action. Belarus is already involved in the conflict since it allows Russia to attack Ukraine from its territory.

There is growing concern about nuclear power plants being involved in the fight against Between Russia and Ukraine. A majority of Ukraine’s electricity comes from nuclear power, which accounts for half of its energy needs.

During the Syrian civil war, the government of Bashar Ul Assad supported by Russia used chemical weapons against its own people in an attempt to put down the uprising against his dictatorship. As a result, hundreds of people died, and many more were traumatized and had difficulty breathing. Ukraine is feared to be at risk of similar attacks

There are 15 nuclear reactors in Ukraine, all of which are at risk. Even a limited Russian invasion into eastern Ukraine may expose at least six active reactors to the dangers of ground combat. The number of deaths and exodus would be massive if nuclear power plants were hit.

Any of these nuclear reactors could be damaged by a single missed missile, with catastrophic consequences. Bulgaria and Romania, both neighbors of Ukraine, are among 30 countries that are members of NATO. The radioactive dust produced by the reactor could cover not just Ukraine, but also these countries.

This act would trigger NATO’s Article 5. Article 5 states any attack on one or more of them in Europe or North America shall be considered an attack on all of them. When triggered, it allows the use of force as it deems necessary to restore and maintain security in the North Atlantic area. War will take on a new scale due to this situation.

In the event of a disaster or, more importantly, a war, it is always beneficial to have a contingency plan. And consider how you and those around you will cope if society’s normal services fail to perform as expected.

Shelters should be stocked with enough canned food, clean water, sanitation, and medical supplies to last for an extended period. It is important to have non-perishable food that requires little water or can be eaten without preparation. Bunkers should be equipped with a modern Nuclear Biological Chemical filtration system.

A nuclear or biochemical blast will contaminate the air with radioactive fallout, making it impossible to survive without clean air. In the absence of water and food, a person can survive for a few days, but without clean air, you only have a few minutes to live.

The installation of a (Nuclear Biological Chemical) air filtration system is vital if you have a bunker, survival shelter, or fallout shelter. It filters the contaminated air and provides you with breathable air. The reason is that when faced with an attack, whether nuclear, biological, or chemical, it is important to be able to control the environment within the protected space.

Ensure that the air quality control system you choose is efficient against all warfare gases and offers life-long reliability. The CASTELLEX AIR 550 is an excellent filter system for providing clean air in the event of a nuclear, biological, or chemical attack.

It’s a four-stage NBC air filtration system with an internal battery that can be installed in bunkers, panic rooms, and fallout shelters. This system is equipped with high-efficiency and cutting-edge components that remove all known warfare gases from pollution to attack sources.

CASTELLEX AIR 550 stops tainted air from entering the room without passing through the ventilation unit, which is equipped with filters that are 99.99% accurate at removing particles down to 0.3 microns. Designed for use in a panic room, its filtration system can serve up to 24 people and comes with a power backup system for uninterrupted operation.

Final Thoughts  The ongoing conflict between Russia and Ukraine could take a variety of forms, ranging from minor to major, the likes of which Europe has not seen since World War II. Should the war continue, more European nations will be affected. Planning for the worst-case scenario is just as important as hoping for the best. Preparing for yourself and your family is always the best course of action. Stocking up on survival necessities like water, food, and NBC air filter like CASTELLEX AIR 550 for clean air is the first step towards survival.