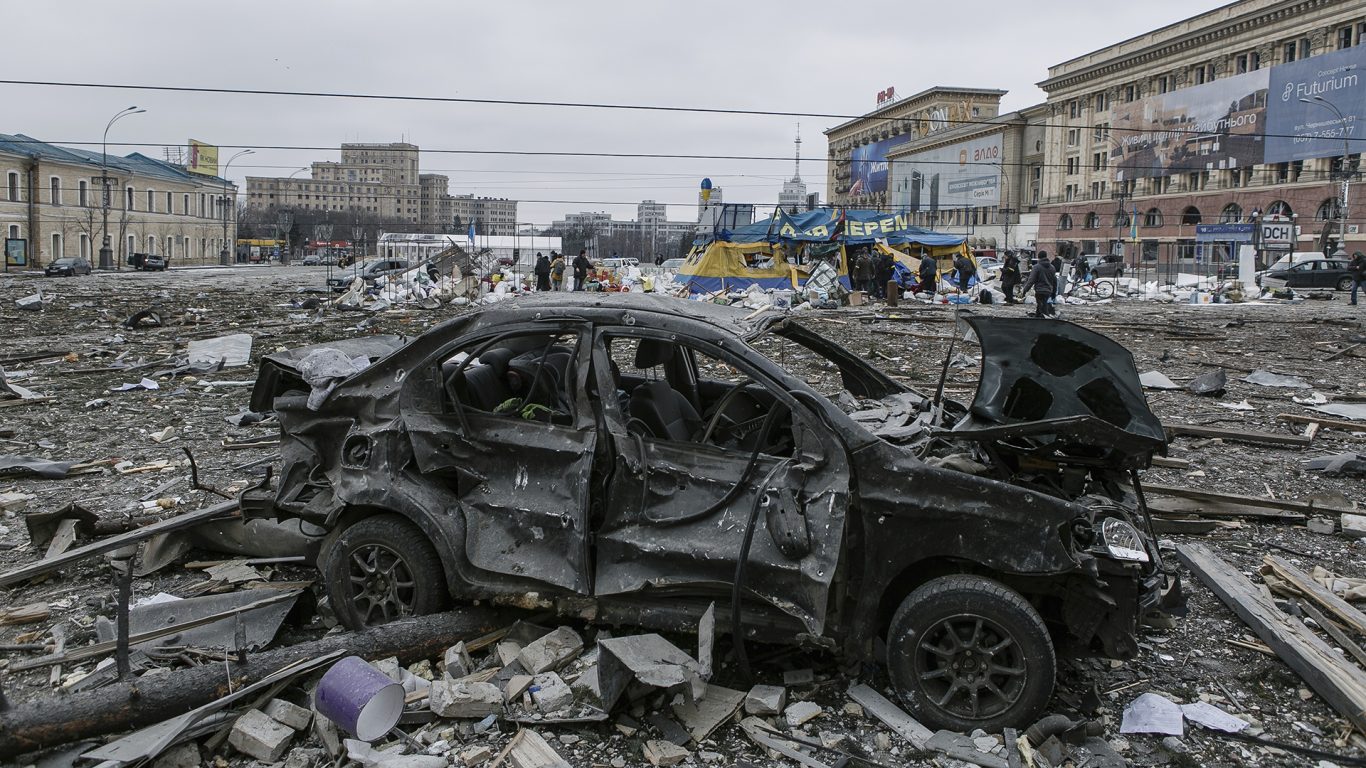 In the ninth century, there was a state called Kievan Rus where Slavic people lived. It was ruled by grand prince Volodymir between 980 and 1015. The Russians, Ukrainians, and Belarussians draw their lineage from this Slavic state. Although, a lot changed in the centuries that followed and Ukraine remained under Russian rule in the 20th century.

Russia and Ukraine were part of the 15 Soviet republics that made up the USSR. Ukraine was the second most powerful in USSR. It had defense industries, large agricultural lands, and housed much of the Soviet nuclear arsenal during the cold war.  It was the arch-rival of the United States.  Following the collapse of the Soviet Union in 1991, Ukraine declared independence. Interestingly, it gave up Soviet nuclear arsenals in 1994 in exchange for the US and Russian security and respect for its sovereignty.

Over the past 30 years, Ukraine moved to shed its Russian legacy and forged close ties with the West. It adopted a democratic system of governance and sought to join the European Union and NATO. Under this effort, in 2013 Ukrainian President Viktor Yanukovych rejected the EU trade deal and decided to take Russian help which sparked protests across the country. The protesters called for the resignation of Yanukovych, who was later toppled in 2014. This event sparked anger amongst Russian leadership as they believe that the US and its allies are interfering in their sphere of influence. In response, Russia annexed the Ukrainian peninsula of Crimea and initiated a separatist movement in the Eastern Ukrainian region of Donbas.

For last 8 years, there has been an ongoing conflict in Donbass region which reached to climax when Russia announced the acceptance of the independent status of Luhansk and Donetsk Peoples Republics in the Donbass region.

On February 24, the Russian President announced the attack on Ukraine dubbed a “Special Military Operation” which has now turned into war. Meanwhile, Russian President Putin made a nebulous threat: “No matter who tries to stand in our way or … create threats for our country and our people, they must know that Russia will respond immediately, and the consequences will be such as you have never seen in your entire history.”

Currently, the Russian ground forces are advancing on four primary axes such as Belarus/ Kyiv, Kharkiv, Donbas, and Crimea-Kherson. The forces are trying to reach the Ukrainian capital of Kyiv which has been met with fierce resistance by Ukrainian military as well as local population. So far, Russian forces have failed to achieve their target. Meanwhile, Russian military convoy has reached the outskirts of Kyiv, which is believed to be 40+ miles long. The convoy is made up of armored vehicles, tanks, towed artillery, and other military support vehicles.

The nuclear threat put many into a state of high alert and anxiety as people are worried about nuclear fallout. Many across the world have already started to act before it’s too late. While Ukrainians are the first target and are already living in bomb shelters because of ongoing Russian airstrikes and missile strikes. The idea of conceiving of nuclear war seems odd; however, history has proven that things taken lightly can be too much costly. The world already witnessing the Cuban Missile Crisis doesn’t want to see another nuclear crisis. However, being prepared for the worst is the only right thing, wise people understand.

Ukrainians have never believed that they’ll be seeing soldiers and heavy enemy tanks moving through their peaceful streets. Now, many are worried about their survival. The alarms are blasting, people are panicking, facing heavy food shortages while sitting in bomb shelters.

During such a crisis, the bomb shelters are the only thing to save the lives of millions. The nuclear threat by Russia presents one such crisis and there is a dire need for people to be prepared for any fallout. The first in the list of preparation is to have an underground bunker that protects you and your family from radioactive debris or fallout resulting from a nuclear explosion.

Most preppers are not preparing for such day. Still, some everyday people anticipate and try to adapt to many conditions of calamity; conditions that they believe are inevitable. For this purpose, a bunker should be made by getting help from those who have right expertise and knowledge. Any bunker can be built with thick walls, stacked with food, medical necessities, etc. The most important part to focus on building the bunker is to install the right air filtration system. As we know, nuclear catastrophe highly contaminates the air in the environment, the filtration system can only provide the clear and breathable air necessary for human survival.

The NBC filter can remove undesirable substances from the air, such as biological, chemical, and radioactive debris. Furthermore, the Castellex Air550 NBC air filtering system can pump clean air from the outdoors into a fallout shelter for up to 24 people.

Castellex offers international delivery and excellent customer service to make sure that everyone exercises their birthright to live a life without any threat. Choosing the Castellex Air550 NBC air filtration system for your bunker is perhaps the most important measure you can take to ensure the safety of your loved ones’