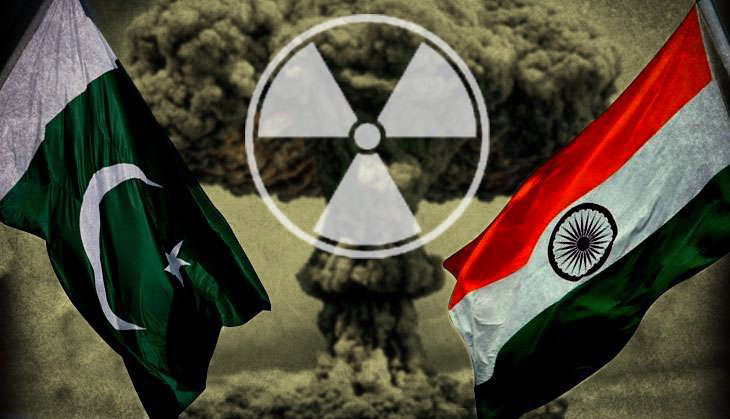 Pakistan and India are going through some controversial times for the past few days. The Pulwama attack has created aggression and discomfort and the LoC violations in Kashmir has further escalated the terms between the two countries. There are two popular extreme opinions that exist for handling the situation. Since war is one of the two opinions, one cannot underestimate the consequences of such atrocities.

While it may not be in anyone’s agenda to wage a nuclear war, it is evident that if necessary, defensive measures will ensure nuclear survival shelters if the circumstances call for it. However, the officials have raised a few valid concerns as to what it means when the two nuclear powers consider war as a way of resolving their differences. Even a cold war is not an answer since the emotions can escalate unpredictably.

Focusing on the results of this war, an atmospheric scientist, Brian Toon puts light on how even smaller nuclear powers like India and Pakistan could end the whole life on earth. He defined the rest of the world as “unintended consequences” that are not being given much thought to. The severity of the results means the spread of smoke all across the earth in approximately a few weeks, where the smoke would remain afloat in areas with no rain to settle it down. We all know what this implies in terms of the lives that exist and the ones to come – the Hiroshima and Nagasaki explosions bear witness to the generations destroyed.

Considering the situation at hand, where the authorities are taking measures to secure lives, Castellex CBRN air filtration systems can save innocent lives by doing what they do best. Nuclear Biological Chemical NBC air filtration systems for nuclear survival shelters can provide long-term protection against any chemicals in the air.

The purpose is to make you control the environment around you and keep you safe in case there is any release of toxins in the air. Air350 and Air550 NBC air filtration system for an air from the environment filters through three-stage filtration and produces a clear air into the nuclear shelter. This system is also protected by explosion valves. In addition, it is designed to cause overpressure inside the bunker, which prevents penetration of air leaks.

The Castellex Air series NBC air filtration systems have the capacity to maintain and support life in survival shelters and nuclear shelters, and can even be used in filtration of vehicles space, especially in the war zone machines. Castellex NBC air filtration systems are suited to all kinds of buildings, be it commercial or domestic and are designed to remove the hazardous nuclear elements from any closed environment. When it comes to survival, you always can relay on Castellex CBRN/NBC systems.