Would humanity survive a nuclear war between NATO and Russia? Here’s what science says. 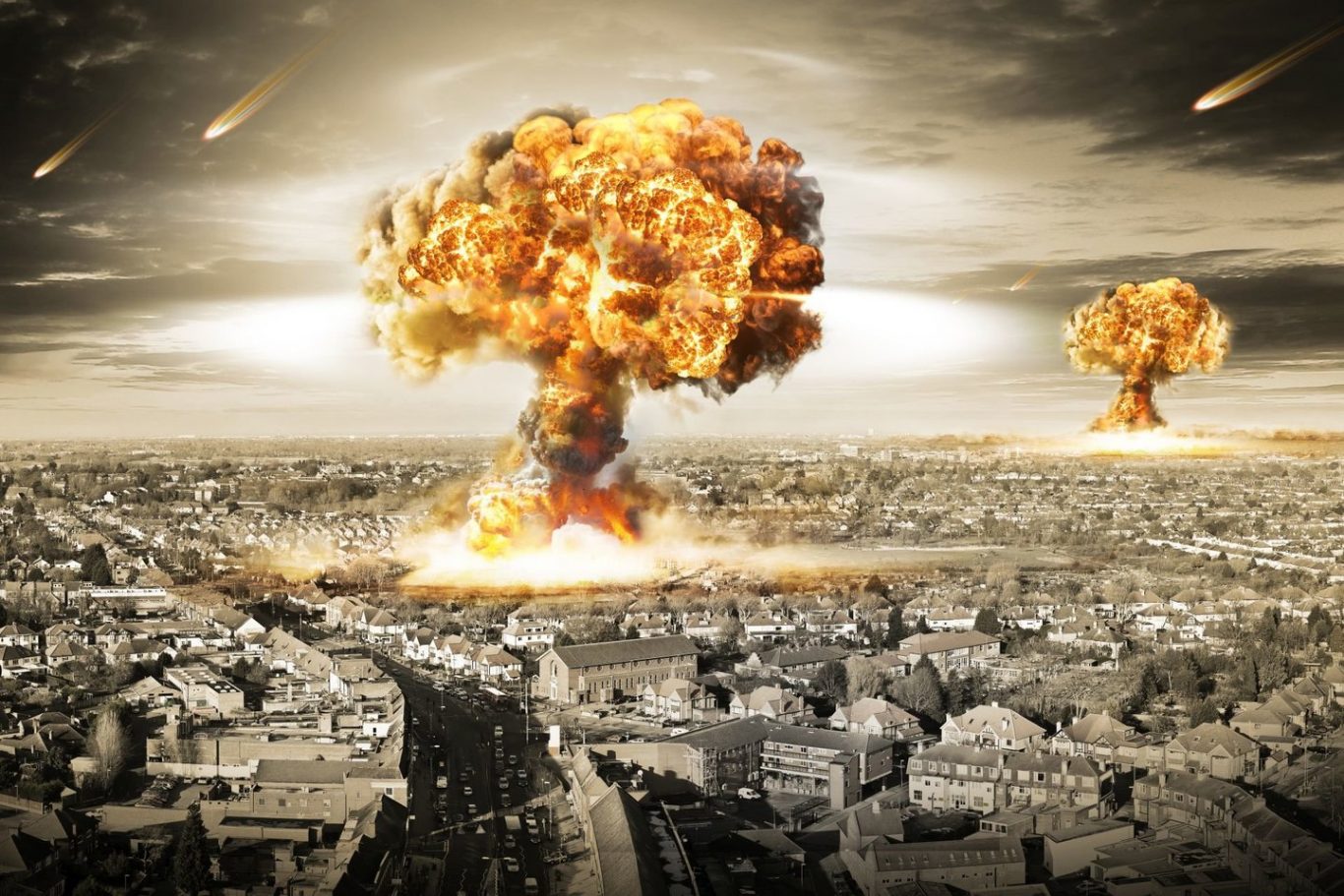 Russian President Vladimir Putin has hinted that he would consider using nuclear weapons if he faced a NATO military response in Ukraine – or if there was a direct threat to his person or regime. If the war spreads to NATO countries such as Lithuania, Latvia, Estonia or Poland, there will be a direct confrontation between the US and Russia – with an obvious risk of nuclear escalation.

As a result, the world is now perhaps closer to nuclear conflict than since the Cuban Missile Crisis in 1962. So, what would a full-scale nuclear exchange look like in reality? Would it be a true global Armageddon, or would some people and places still be able to survive it? Scientists have already addressed this question. Their work is little known – probably because no one wants to think about the unthinkable in peacetime. But peacetime is no more, and the shadows of countless mushroom clouds are once again looming over our planet, according to an article published on the Alliance for Science website, a project of the Boyce Thompson Institute (part of Cornell University).

The latest assessment of Russia’s nuclear military capabilities states that at the beginning of 2022, Russia had about 4,477 nuclear warheads – and almost 6,000 if we include “retired” warheads. The US has a similar number of 5,500 warheads, of which 3,800 are rapidly deployable. The explosive power of these weapons is difficult to comprehend. It is estimated that around 3 million tonnes (megatons or Mt) of TNT equivalent were detonated during World War II. By comparison, each of the UK’s Trident submarines has 40 nuclear warheads equivalent to 4 megatons of TNT. This means that each submarine has more destructive power than all the explosives used in the whole of World War II.

In 1945, the US attacked the Japanese cities of Hiroshima and Nagasaki with atomic bombs – providing two real-life examples of the impact of nuclear weapons on human populations. 140,000 people in Hiroshima and 73,000 people in Nagasaki died instantly or within five months, because of the intense heat and ionising radiation from the fireball. The heat charred many people within one kilometre of the ‘zero zone’ on the spot, while those within 1.5 km suffered lightning burns, which subsequently caused extensive areas of skin to peel off. Some – especially those in buildings – were left with only bones, as the intense heat evaporated the entire body.

Many of the survivors, later known as Hibakusha by the Japanese, suffered acute radiation sickness (ARS). They experienced bloody diarrhoea, hair loss, fever, and extreme thirst. Many of them later died. Besides direct radiation, it also exposed them to radioactive dust. The long-term effects of the radiation suffered by Hibakusha have been intensively studied. Increases in leukaemia and solid organ cancers have been recorded. However, the explosion of the atomic bomb was not a death sentence: among the estimated 100 000 survivors, only about 850 cases of cancer were recorded in the years that followed, and less than 100 cases of leukaemia. Hiroshima and Nagasaki show that, apart from short-term ARS, long-term radiation from radioactive dust would be the least of human problems. A much more serious problem would be social collapse, famine, and the disintegration of much of the planet’s biosphere.

Before the war in Ukraine, it seemed highly unlikely that the superpowers would clash again and brandish nuclear weapons, so many scientists studied the effects of more limited nuclear conflicts. One study published two years ago looked at the likely impact of a two-pronged strike of around 100 Hiroshima-size nuclear devices (15 kt each) on India and Pakistan’s most populated urban areas. Each blast was estimated to scorch an area of 13 m2 and to produce about 5 Tg (tera-grams) of soot in the atmosphere because of the release of smoke from the fires. Direct human deaths under this “limited” nuclear war scenario were not calculated in the study – but are estimated to be in the tens to hundreds of millions. The impact on the planet would also be significant: once in the stratosphere, the soot would circulate around the globe, blocking incoming solar radiation and reducing the Earth’s surface temperature by 1.8C in the first five years.

This would be more cooling than any recent volcanic eruption – and more than any climate change in the last 1000 years. Precipitation patterns would change dramatically, with an overall reduction of around 8% (these results are based on widely used climate models that are used to predict the long-term effects of greenhouse gases). Food exports would collapse as stocks would run out within one year, leaving 1.3 billion people without around a fifth of their current food supplies in the fourth year. The researchers conclude that “a regional conflict involving less than 1% of the world’s nuclear arsenal could have negative consequences for global food security unprecedented in modern history”. A 2014 study of the same scenario (an India-Pakistan exchange of 100 nuclear strikes) found that soot penetrating the stratosphere would severely damage the Earth’s ozone layer and increase ultraviolet radiation penetration at mid-latitudes by 30% to 80%. This would cause “severe damage to human health, agriculture, and terrestrial and aquatic ecosystems,” the scientists wrote. The combined cooling and increased UV radiation would severely pressure global food supplies and could lead to a global nuclear famine.

If global famine can be triggered by as few as 100 nuclear explosions, what could be the result if the US and Russia swapped a few thousand warheads?

A 2008 study looked at a Russian-US nuclear war scenario in which Russia would target Western countries with 2,200 nuclear weapons and the US would target China and Russia with 1,100 weapons each. This would cause 4,400 warheads detonated, which would be about half of the current Russian and US stockpiles.

This scenario did not involve the use of nuclear weapons possessed by other states, which have an explosive yield of 440 million tonnes, about 150 times the total bombs detonated during the Second World War.

The explosive power of nuclear weapons is hard to comprehend.

It is estimated that a full-scale nuclear war would directly kill 770 million people and produce 180 Tg of soot from burning cities and forests. In the US, about half the population would be within 5 km of a zero nuclear blast, and a fifth of the country’s population would die instantly.

A subsequent study published in 2019 looked at a similar, but slightly smaller, release of 150 Tg of soot into the atmosphere, following a nuclear war of a similar scale. Such a conflict would produce so much smoke that only 30-40% of the Sun’s light would reach the Earth’s surface in the next six months.

This would lead to a sharp drop in temperature, and temperatures would remain below freezing throughout the subsequent Northern Hemisphere summer. There would be no growing season. It would be a true nuclear winter.

Nor would it be just a short-term spike. For several years afterwards, summer temperatures would still fall below zero, and in the third and fourth year, global precipitation would be halved. It would take more than a decade for the planet to return to a somewhat normal climate. By then, most of the Earth’s population would be long dead. Global food production would fall by over 90% – leading to a global famine that would kill billions of people.

In many countries, less than a quarter of the population would survive by the end of the second year under this scenario. Global fish stocks would collapse and the ozone layer would erode. The models are frighteningly specific. In a nuclear war scenario of 4 400 warheads and 150 Tg of soot, within five years of a nuclear war, the average reduction in food calories would be 97.2% in China, 97.5% in France, 99.7% in Russia, 99.5% in the UK and 98.9% in the US. In all these countries, virtually everyone who survived the initial blasts would suffer famine.

Even 150 Tg of soot in a nuclear war scenario is many times less than the amount of smoke and other particulate matter released into the atmosphere by an asteroid that hit the Earth 65 million years ago, killing the dinosaurs and about two-thirds of the animal species that lived there. This means that some humans would survive and eventually repopulate the planet – and that the complete extinction of the Homo sapiens species is unlikely, even after a large-scale nuclear war. However, most of the human population would suffer extremely violent deaths from burns, radiation and starvation, and human civilisation would probably collapse completely. The survivors would survive on a devastated, uninhabitable planet.

It was this shared understanding of the consequences of nuclear Armageddon that led to the 1985 declaration by then US President Ronald Reagan and Soviet General Secretary Mikhail Gorbachev that “nuclear war cannot be won and must never be fought”. Even now, with war raging in Ukraine, it remains as true now as it was then.

When children’s hospitals and maternity homes are bombed and refugees fleeing are shelled, emotions run high. But in the end, cooler heads must prevail – so that we can step back from the brink of confrontation between Russia and NATO before it is too late. The price of nuclear escalation is planetary suicide, with no winners. It would not save lives in Ukraine – but it would increase the death toll of the current war from thousands to billions, writes Alliance for Science.