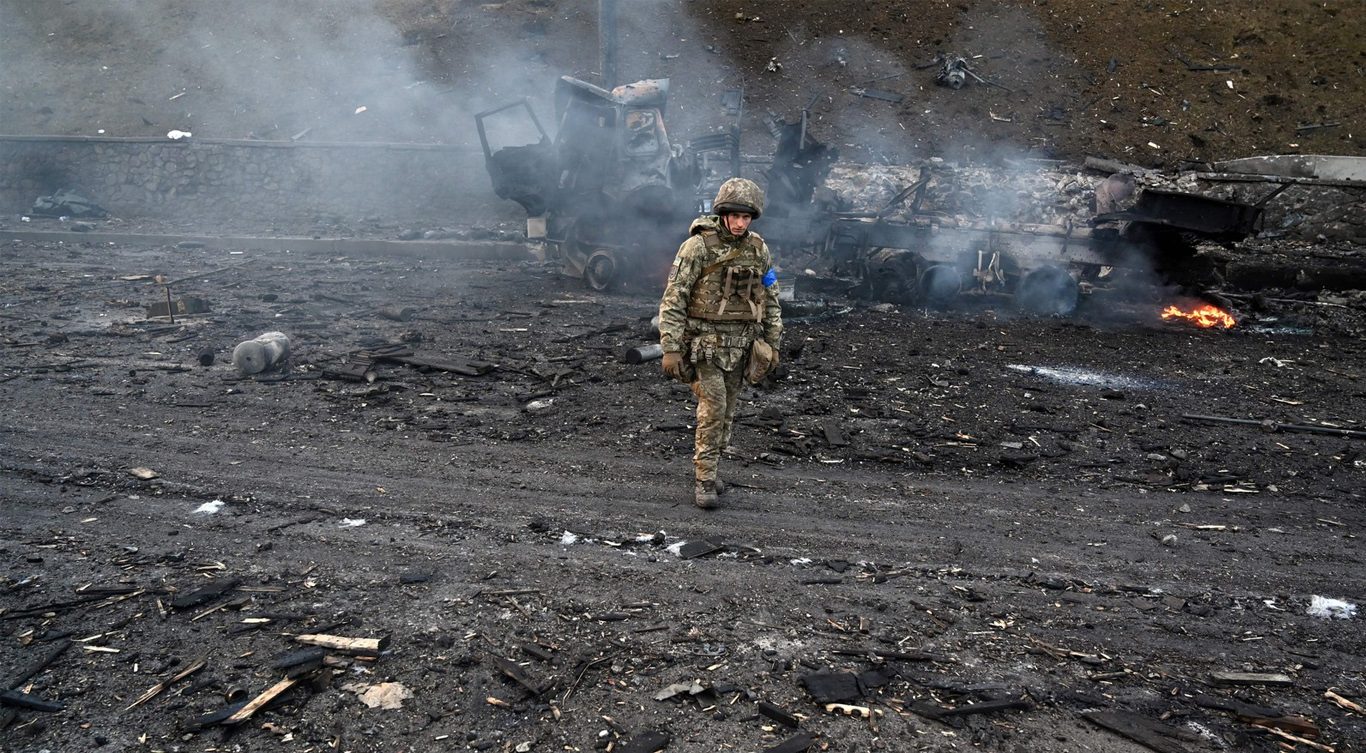 With missiles being launched and bullets flying around, the situation happening between Russia and Ukraine is terrifying and dangerous for everyone. Russia has finally declared war and a ‘full scale invasion’ has begun in the country of Ukraine. With the recent full force attack from three sides (land, air, and water) from the Russian’s army that bring explosives and heavy artillery, Ukraine citizens have no other choice but to evacuate, bunker down or fight back. Gunfire and explosions were heard in the city throughout the day and hundreds of lives have been lost from both sides. Neighboring and other countries have commented and condemned this act but have yet to act upon it. While countries like United States, Poland, and other country have plan to help, the president of Russia has publicly said that any country who tries to intervene will be met with a consequence that they have never seen before. This threat by Russia has made the situation more tense and difficult to handle.

With NATO recently started meeting and planning on using their response force for the very first time, there is no doubt that this situation will get bigger and more dangerous every day. Russia has started deploying troops near Poland and now with NATO’s involvement, Russia might intend to fulfill it’s promise and match NATO’s involvement with their own deadly force. With plenty of country being involved, Russia might find themselves some allies such as China and North Korea ensuring that a third World War might actually happen.

Looking at the situation at hand, we still have time to realize that not only is tomorrow a gift, but also how everything can change in a snap. How a simple push of a button can send missiles and destroy cities in just 24 hours that inevitably leads to a war. While the citizens of Ukraine is being highly affected by the current situation, there is no doubt that other country might also have to face this dangerous situation. Because today we might watch the news, and next week we might be drafted to help protect our country or bunker down until all is safe. No matter what might happen soon, all we know is that we have to prepare now while we still have the chance to do so.

From buying supplies of food, medicine, water, and most importantly having a bunker, being prepared is the best thing we all should do right now. Many people think they are prepared when facing a crisis, but when things really goes off the rail, people would panic and don’t know what to do. While it’s a no brainer for people to stock up on necessities like food and water, people have yet to realize the importance of having a survival bunker. During a crisis such as this one, a bunker is the only thing a family could have in order to survive. When the alarm is blasting and people are panicking, the one place we all want and should be is safe in our underground bunker. Every important people have their own personal survival bunker to go to when problems like this happens. If they are able to be safe and comfortable, then why can’t we?

Having a bunker means we should be committed to ensuring that the fallout bunker that we have is safe and perfect. Any slight problem inside and out of the bunker would be devastating and means death. So to build or buy a perfect fallout bunker, we should understand the importance of what goes inside it as well. Thick metal walls, air tight doors and waterproof material would be great to have for the wall of a bunker. But what is actually as if not more important, is having the perfect air filtration system.

Castellex’s Air550 NBC air filtration system is the best air filtration system in the market in terms of price and how simple yet effective it is. Not only that, Castellex understands that everyone deserve to have a chance of survival and that is why Castellex provide worldwide shipping. Having the Air550 NBC air filtration system and having a bunker is a huge step towards keeping you and your loved one safe. With the situation we face right now it’s not a matter of IFS, but it’s a matter of WHEN. Because when inevitably comes knocking at your door, best believe that being prepared is the only solution.