THE RUSSIA-UKRAINE WAR AND REAL THREATS OF CHEMICAL BIOWARFARE 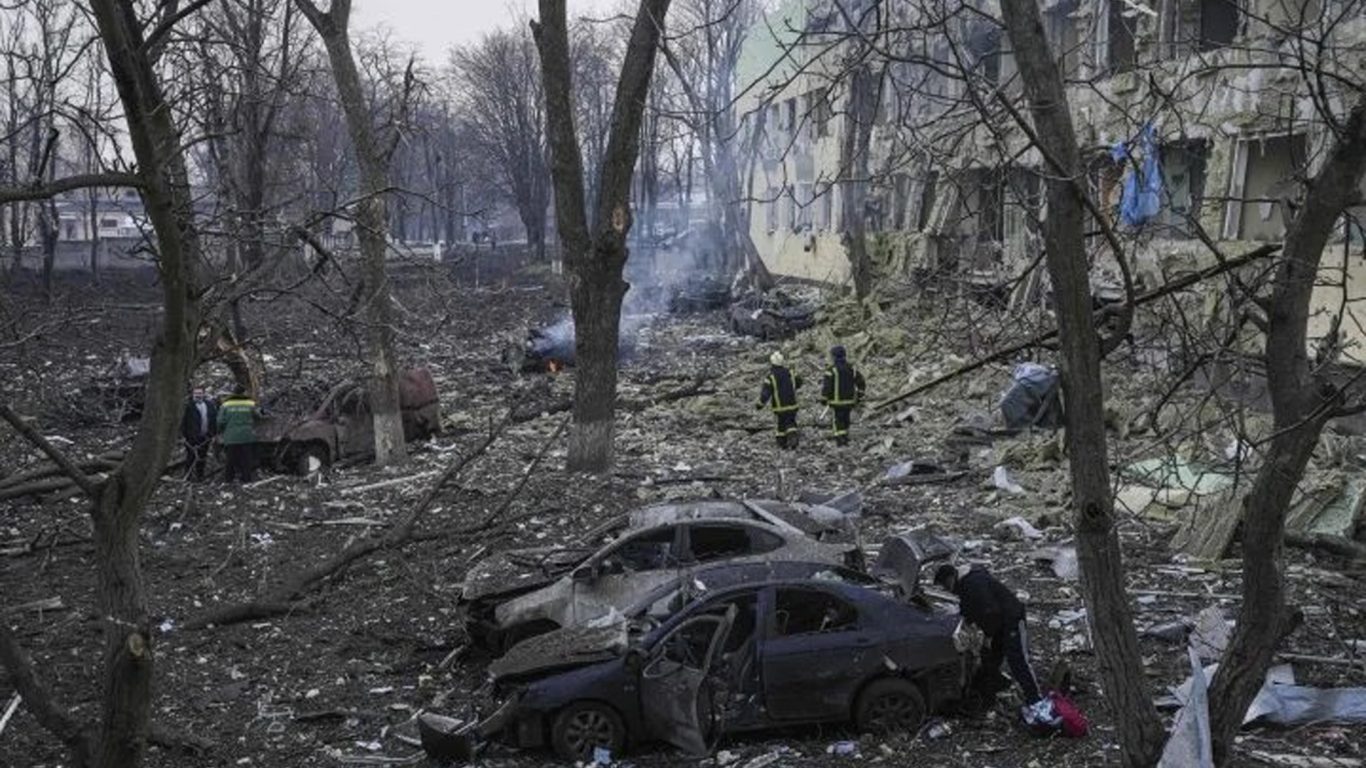 The Russia-Ukraine war has reached a stalemate since both sides are determined to achieve their declared objectives. The two rounds of discussions between Ukraine and Russia, which began on February 28 in Homel, Belarus, and ended on 3rd March, failed to produce a diplomatic breakthrough. Both parties decided, however, to keep the communication line open. At the same time, Turkey began a round of negotiations between the two parties as part of a series of multilateral efforts. It did not, however, result in a diplomatic breakthrough. Though, Hundreds of thousands of civilians were stranded in Ukrainian cities under Russian assault. Nevertheless, Russian forces have increased their bombardment on the southern port city of Mariupol to break the Ukrainian resistance.

On the other hand, a military convoy reaching 40 miles north of Kyiv, which comprised supplies and armored attack vehicles, has broken up, threatening to encircle and cut off the capital Kyiv. Russian columns have advanced into adjacent towns and forests to hide air surveillance.

Russian armored formations are moving in and around the surrounding towns near the Antonov airport, northwest of Kyiv, according to Maxar Technologies. Images from farther north show convoy components repositioning near the town of Lubyanka, with towed artillery howitzers in firing positions nearby, most likely in preparation for an attack on the capital.

In yet another menacing move, Maria Zakharova, a Russian foreign ministry spokesperson, believes Ukraine and the United States have breached Article 1 of the Biological and Toxin Weapons Convention.

According to a Russian spokesperson, documents reveal that the Ukrainian health ministry ordered the destruction of samples of plague, cholera, anthrax, and other viruses before Russian soldiers entered Ukraine on February 24.

Zakharova said that biological weapons components were being created in Ukrainian bio laboratories near the Russian border.

It claimed that the United States was conducting biological research in Ukraine to develop a system for the clandestine transmission of dangerous pathogens.

In response, the US has refuted Russian accusations that it operates biowarfare facilities in Ukraine. It accused Russia can deploy chemical or biological weapons in Ukraine, or stage a false flag operation utilizing them.

Unexpectedly, the Chinese Foreign Ministry claims that the US controls 336 laboratories in 30 nations, including 26 in Ukraine alone. It also demanded that the US provide a detailed account of its biological military activities both at home and abroad, as well as submit to international verification.

Observers suggest that Russia’s war in Ukraine and bombardment of its cities has prompted fears about any damage to such facilities, which might result in an escape of disease-causing pathogens.

Even though both sides are denying information space to their opponents, the subject of Ukraine’s laboratory capabilities is at the focus of rising concern among many across the world.

History tells us as the best guide that warzones can provide ideal conditions for contagious diseases to spread across the world.

The war situation where distracted political institutions, failing health systems, and the amassing of huge numbers of vulnerable people, along with environmental deterioration, can create the ideal storm of circumstances for a catastrophic infectious disease epidemic.

t’s also clear that when individuals leave a violent conflict zone, there is always a chance of bringing contagious diseases with them, thereby aiding the spread of infection.

Although the concept of biological and chemical warfare may appear odd to some, history has shown that hidden nefarious agendas at play can become public anytime, which are always costly for common people. “Only a fool learns from his errors,” Otto von Bismarck once said. We must not allow fear and folly to take over our consciences, as the wise man learns from others’ mistakes.

Rather, we must concentrate on how to combat such scenarios. Remarkably, countries in the twenty-first century are adopting future-oriented postures by encouraging diverse situations to better deal with the issue. Meanwhile, following such protocols is not only the responsibility and domain of state-run institutions but also a sign for wise people to adopt this strategy in their lives, particularly when faced with a survival crisis.

Along with other safety measures, underground bunkers are constructed to safeguard citizens during disasters such as nuclear fallout, biological and chemical spillage. Underground bunkers grew in popularity during the Cold War to assure survival, and they are still an exceptional way to save millions of lives today.

Underground bunkers are constructed with high walls, hefty doors, food, medical supplies, and, most critically, a functional filtration system. The technology can only deliver the clean, breathing air that humans require to survive. Without a proper air filtration system, a bunker and all its equipment would be worthless, and there would be little reason to survive another day. That is why, to preserve their families, millions of people throughout the world have chosen a Castellex Nuclear Biological Chemical air filtration system.

The Castellex NBC Air Filtration System is simple to use and produces outstanding results. The system has a 99.99 percent efficiency rate and is designed to use the least amount of electricity possible. The NBC filter can filter out harmful particles including biological, chemical, and radioactive waste from the air. Furthermore, the Castellex Air550 NBC air filtration system can pump clean air from the outside into a 24-person fallout bunker.

Castellex provides international shipping and exceptional customer service to ensure that everyone has the opportunity to live a life free of hazards. Choosing the Castellex Air550 NBC air filtration system for your bunker is possibly the most crucial step you can take to protect your loved ones’.