Russian observer: the world is on the brink of nuclear war 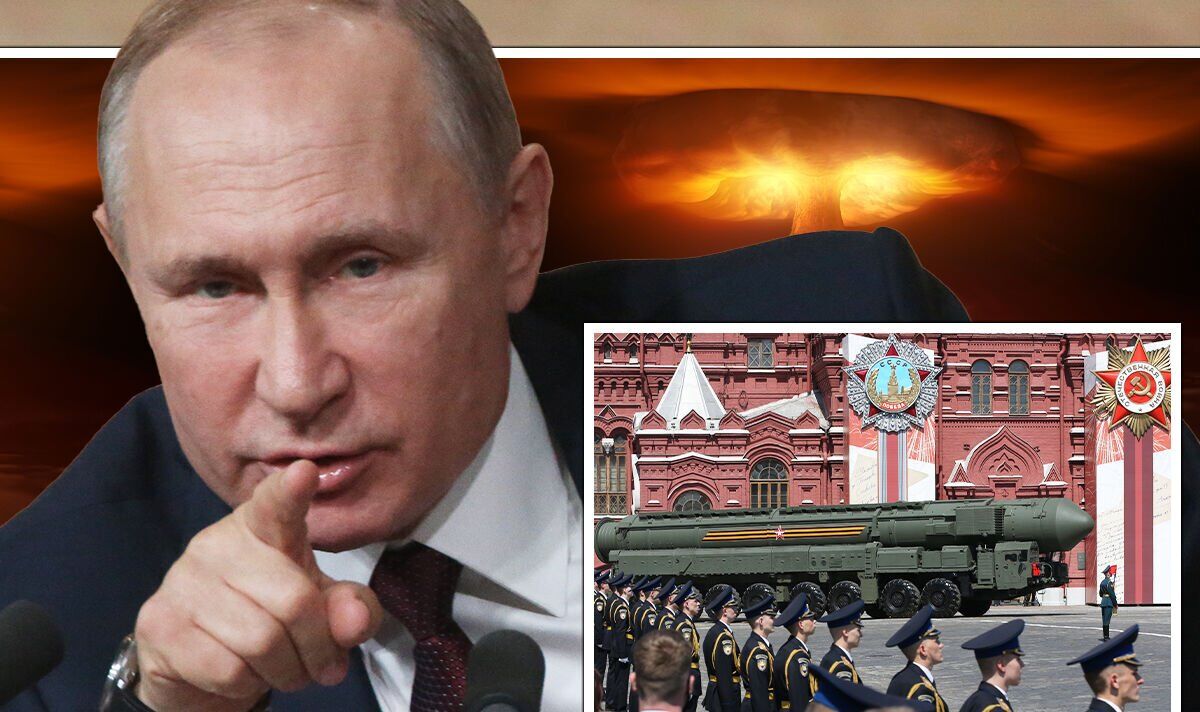 The war party is gaining ground in the Kremlin.

Russia is facing not only a partial but also a general mobilisation, and President Vladimir Putin has only hastened the collapse of his regime, says Mark Feigin, a prominent Russian human rights activist and commentator. In his view, the mobilisation order and Putin’s rhetoric are evidence of the rise of ultra-fascist forces in the Kremlin, known as the War Party, who are clamouring for an even more brutal war. What is most worrying in this situation is the clear hint of the use of nuclear weapons because once they are used, there is no turning back.

Advocates for an even more brutal war in the Kremlin

The partial mobilisation will not change the situation on the frontline, it is just an attempt to cover up the general mobilisation that is about to begin, believes Russian human rights activist and commentator Mark Feigin.

“V. Putin has decided to exterminate his own people. He hates the Russian people, he wants as many of them as possible to be trampled upon. I have no other explanation,” Mark Feigin, a human rights defender and commentator based in Western Europe, told the news project “Popularnaya Politika” on Wednesday.

He said that Putin’s decision to announce mobilisation, which the Russian autocrat has been avoiding since the start of the war in Ukraine, is evidence of the extremely poor situation in the army. There is also another, the far more dangerous reason that could lead to even more brutal decisions.

According to Mark Feigin, the allusion to the use of nuclear weapons may be a sign that the so-called ‘war party’ is gaining ground in the Kremlin: the representatives of the power structures and the security services, who are demanding not only general mobilisation but an even more ferocious use of war and the use of the weapons of mass destruction.

Igor Girkin-Strelkov, the former leader of the pro-Russian separatists in Ukraine and a war criminal, has been called a mouthpiece of this group, which directly criticises Putin for waging war in an overly humane manner.

V. Putin should receive an even tougher Western response

“Why has he decided to mobilise now? It seems to have been decided after the Shanghai Cooperation Organisation summit in Samarkand, which was attended by Putin, the Chinese and Indian Presidents. It seems that Putin may have been told that there can be no question of any cooperation until you have ended the war.

And how can it be ended if all attempts to get Kiev to come to the negotiating table and sign a ceasefire agreement have so far failed?

This is the last chance before the use of nuclear weapons, an attempt to throw all our remaining resources at the status quo”, said Mr Feigin.

Saying that the world is now on the brink of nuclear war, Feigin hoped that Putin’s decision to mobilise would be met with an appropriate response from Western countries.

He believes that both this statement by the Russian President and the planned pseudo-referendums in the annexed territories of Ukraine will lead the United States of America (USA) to impose even tougher sanctions against Russia, declaring it a terrorist state. Mr Feigin predicted that secondary sanctions could also come into force, imposing liability for cooperation with Russia. China, India, and other countries cooperating with Russia would then be affected, with severe repercussions for their economies.

“I believe that the transfer of even more powerful weapons to Ukraine should now accelerate. If there is a threat of nuclear weapons, even low-yield devices, NATO troops could be deployed on its territory,” Feigin said.

Russians who don’t want to die are suggested to hide from mobilisation.

Speaking about the reaction of Russians themselves to Putin’s mobilisation, when the country has already sold out of plane tickets, and people want to flee the country as quickly as possible, Mr Feiginas said he had no doubt that the mobilisation would also affect those who are not yet in the ranks of the conscripts today. His advice to Russians who do not want to die in the trenches of Ukraine is, therefore, to leave the country or avoid mobilisation by hiding.

“If you don’t have the means to go abroad, just change your place of residence. They won’t really have the energy to look for you. Russia is very big, if a person was temporarily registered in Voronezh and moved to Vladivostok, the chances of being found are very slim,” said lawyer Feiginas.

The observer predicted that it would probably take a few months to round up some 50,000 to 60,000 reservists, who would meet a tragic fate.

“Don’t be under any illusions, the mobilised will be sent straight to their death, where they will all die. Think of the number of soldiers who will end up at the front, ill-prepared, inexperienced, and who will be a joy to fire on with artillery and HIMARS systems”, Feigin predicted.

Get ready- the World is on the brink of nuclear war!

Castellex NBC air filtration systems Air550 and Air350 are designed to convert any underground basement, root cellar, etc.. to a fallout shelter/ nuclear bunker. Castellex Air350 and Castellex Air550 come as a complete kit with all instructions/ manuals included. They are suitable for DIY installations. Get ready- the World is on the brink of nuclear war!