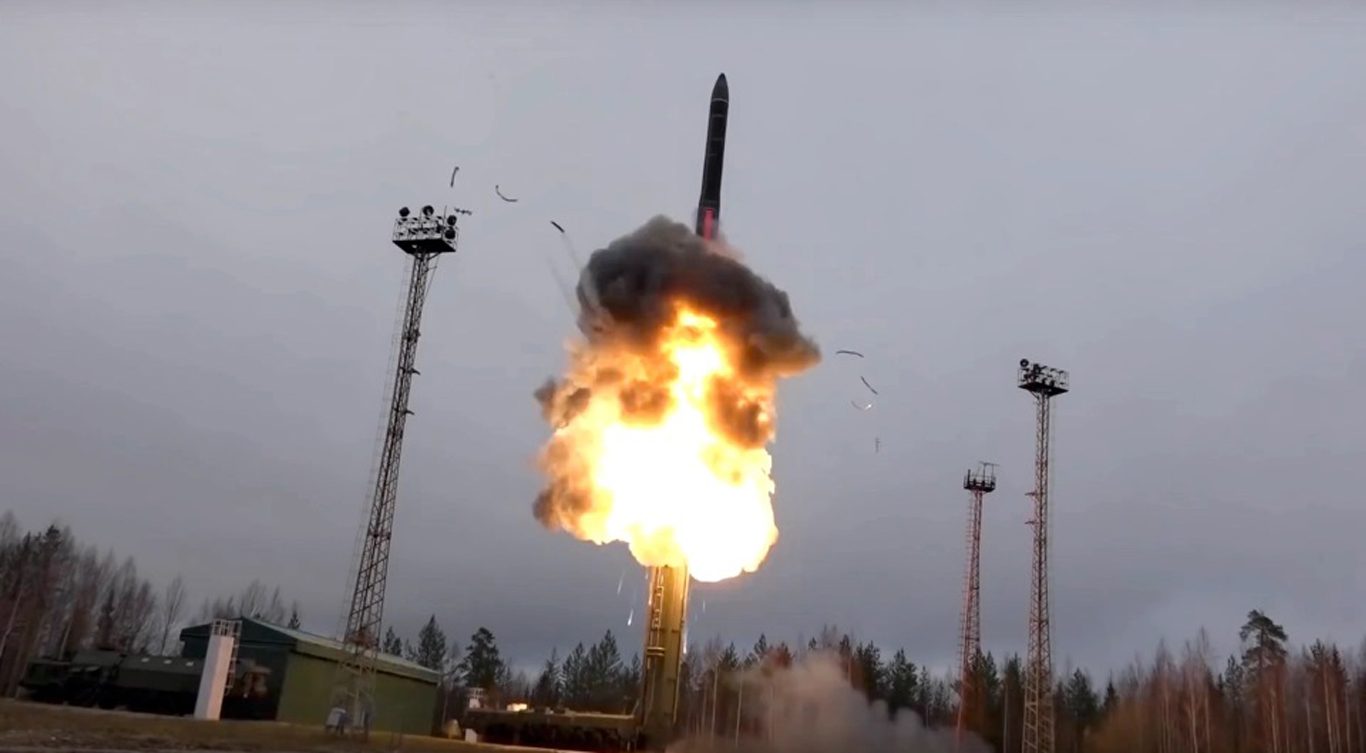 After a months-long military buildup and last-ditch diplomatic efforts to avert a conflict, the Russo-Ukrainian conflict has entered into large military combat operations. Early in the morning of 24th February, Russia launched an attack on what it calls a “special military operation” against Ukraine. In President Putin’s words, the objective is to “demilitarize” the country. The Russian assault has included air and missile strikes, artillery fire, and a ground invasion from four different axes.

According to data, about one million people have left the country since the start of the war while thousands are still fleeing and seeking refuge in neighboring countries. Meanwhile, the intensity of conflict is increasing every single day. Initially believing in quick victory, Russia did not demonstrate its full air and missile capabilities, which helped Ukrainian forces to succeed in slowing the Russian attack.

The earlier failure of the Russian military forced them to change their strategy. It has stepped up the intensity of its bombardment of the Ukrainian cities increasingly targeting the civilian residential areas.

At the same time, Russian troops and tanks rolled into the strategic port city Kherson, on the Dnieper River near the Black Sea. The city fell under Russian control after days of intense fighting that left as many as 300 Ukrainian civilians and fighters dead.

Many fear that fall of Kherson could clear the way for Russian forces to push westward toward Odesa city. The fall of Odesa would be devastating as Russian forces would be able to seize Ukraine’s entire Back Sea coast. Thus, cutting it off from world shipping.

On the other hand, Russian troops have put other cities under siege and pushed to encircle and cut off the capital, Kyiv. Other Russian columns besieged Kharkiv, the country’s second-largest city, and the port city of Mariupol. And most ominously, about 67 Km long convoy of military vehicles stood north of the capital Kyiv in apparent preparation for a major offensive.

The attacks on urban areas signal a shift of Russian tactics amid Western assessments that Moscow’s six-day attack had stalled. They raised fears that Russian troops may now fall back on tactics that call for a crushing bombardment of built-up areas before trying to enter them.

However, the courage and resilience shown by Ukrainian leadership as well as citizens in face of a strong adversary have made headlines across the world. It inspired thousands across the world to flee to public squares and Russian embassies to protest the attack. Surprisingly, more than 5,000 demonstrators have been arrested across Russia protesting against the attack on Ukraine.

Similarly, the fear has also taken over across the globe as the Russian President ordered a state of high alert to its nuclear strategic forces. Equally, Russian Foreign Minister Sergey Lavrov has warned that if a third World War happened, it would involve nuclear weapons and it would be destructive.

Russia, according to studies, commands the world’s biggest nuclear arsenal. The Stockholm International Peace Research Institute (SIPRI) has counted 6,255 Russian warheads against 5,550 for the US.

The current Russia-Ukraine conflict has caused ripples across the globe. It has raised the threat that the tensions could lead to the use of nuclear weapons. Although, the US administration is dismissing the threat as a “bluff” however, facts have proved that many of our mistakes caused huge losses because of our lack of understanding of a situation and internal biases. It is unwise to not look at the situation developing around this conflict objectively. In return, our subjective behavior will get us killed.

It is common human behavior that first rejects or neglects the seriousness of any issue. But once it hits hard, panic and anxiety cover our heads. People in Ukraine were facing the current crisis since last year; however, they didn’t anticipate that they’ll be running to bomb shelters to survive in the coming days.

As Otto von Bismarck rightly said “Only a fool learns from his own mistakes. The wise man learns from the mistakes of others.” Meanwhile, it is better to prepare for the worst because if it comes, you’ll not get caught surprisingly but if it is not, you’ll not lose anything. Interestingly, it will add up to one of the most important survival experiences in life.

The first on the list of your safety preparation against any nuclear explosion is to have an underground bunker that protects you and your family from radioactive debris or fallout. Bring an expert builder and construct a nuclear bunker with thick walls and stack it with food and medical necessities. Similarly, don’t forget to install the right air filtration system to get clear and breathable air from the outside contaminated atmosphere.

Use Castellex Nuclear Biological Chemical Air Filtration System which ensures your safety in an SHTF situation. The system comes with a 99.99% efficiency rate, designed to consume minimum power. NBC Air Filtration system is user-friendly and provides excellent results in times of crisis.

It offers international delivery and excellent customer service to make sure that your loved ones are safe and secure in times of chaos. Choosing the Castellex Air NBC air filtration system for your bunker is perhaps the most important investment of life for you and your loved ones’