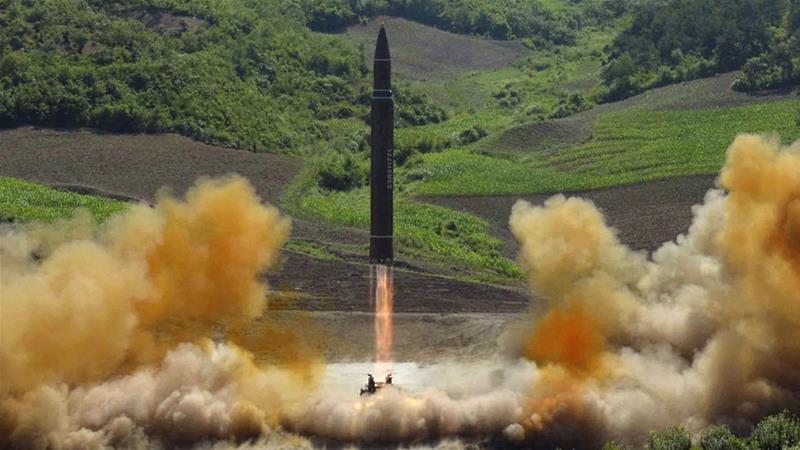 The nuclear situation continues to aggravate and disrupt global peace. It is about time to take real precautionary measures before the situation gets out of hand. The terms between the US and North Korea have recently been very critical, where the latter has been avoiding sanctions on the proliferation of nuclear weapons. Where previously the country was willing to reach a settlement, the current circumstances look otherwise. Recent satellite images of a facility in North Korea suggest the country is probably ready to launch a missile.

There has been activity reported at a place called Sohae, near Pyongyang which leads to suspicions of a nuclear rocket launch preparations. The satellite images show rapid progress in rebuilding the structure on the launching pad. Even though the site that is being used has been previously utilized for engine testing and satellite launch, not a ballistic missile, but the US President has still shown disappointment. He stated that despite the nature of the activity, North Korea is still defying the meetings and agreements previously discussed between Donald Trump and Kim Jong-un. US National Security Adviser John Bolton also pointed out that Korea may be on the verge of getting more sanctions if it failed to reach a settlement for denuclearization.

Laura Bicker, who is the correspondent of BBC Seoul said that following the talks in between the two leaders broke down in Hanoi, this might be Korea’s strategy hoping for a better deal from the US. However, it was also explained how the rockets for launching satellites are not typically suitable to be used as long-range missiles.

Where India and Pakistan have their own differences, North Korea poses an all-time major threat for the countries worldwide. If the activity in the Tongchang-ri facility is indeed another violation from North Korea, then the consequences can be drastic. In these critical, uncertain times, one needs to take measures individually as well to stay protected. Castellex Air series NBC air filtration systems keep families, homes and lives safe from any nuclear fallout, warfare gases and biological weapon contamination. These nuclear shelters and doomsday bunkers protect your family, friends, and employees from the harmful chemicals that are filtered out by NBC safe cells. Castellex NBC Air filtration systems provides a clean, uncontaminated air to breathe. Survival shelters are safe and toxin-free, hence they can create safe surroundings for military units and civilians. CBRN air filtration guarantees to take care of your survival in warfare situation.