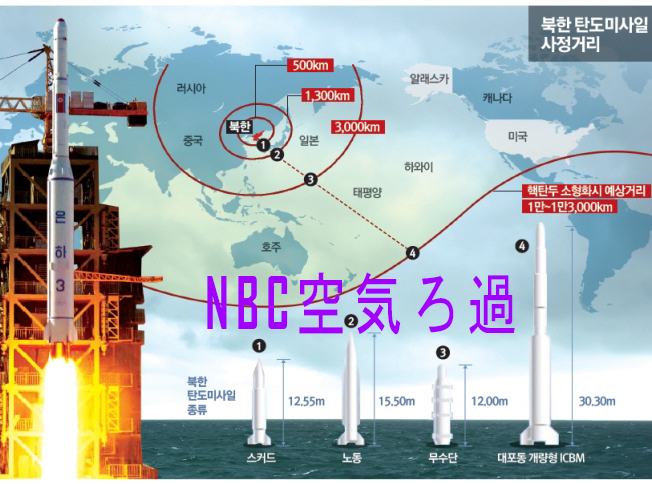 In Trump’s world of diplomacy by tweet, in Kim Jong-un ‘s world of belligerence, how safe are you?  As these hotheads face up to each other, as they threaten to escalate and call each other’s bluff, what are the consequences for you? In Seoul, in Japan, in the wider region? In recent weeks, North Korea has stepped up the testing of its ballistic capabilities, is continuing to conduct underground nuclear tests and has threatened to launch an all-out attack on South Korea and the United States if provoked. At the same time, the US has deployed an armada to waters off the Korean peninsula and, for the first time in fifty years, Japan has deployed its navy for non-defensive purposes, sending its flagship 27,000-tonne Izumo aircraft carrier to escort US military ships. In this nuclear arena, the consequences of a miscalculation, of an accidental or deliberate action by one or another of the parties armed to the teeth, are unthinkable. Seoul, a city of ten million persons is a mere 55 km from the North Korean border, Japan is within range of the North Korean missiles under development, vast populations potentially at risk.

The consequences are unthinkable yes, a major de-escalation is required. In the meantime however, individuals, institutes and government organisations do have the possibility to mitigate the consequences should worse come to worse. Capable of filtering and providing clean air for safe rooms, bunkers and enclosed units, Castellex NBC LSS fallout shelter ventilation systems provide a possible lifeline when the outside world offers none. Not only in the event of nuclear contamination, but also in cases of chemical attack or accident, such as in Bhopal many years ago or the Sarin attacks in Tokyo, the Castellex Life Support Systems capable of producing up to 500 m3/h of safe filtered air enough to support for up to 55 people.

Homes, hospitals, office spaces, designated safe rooms, we have systems tailored to fit, all being autonomous units that provide that critical window to survival. With multiple failsafes, powerful backup batteries and optional power generators, continuous operation is ensured even the most dire circumstances.

We hope our systems are never needed, but we work diligently to ensure they are exactly what you need should they be. Protect your family. Protect your employees. Protect your assets. Castellex NBC LSS systems provide life support and reliable air quality control. At all times.