How To Survive After Nuclear Fallout 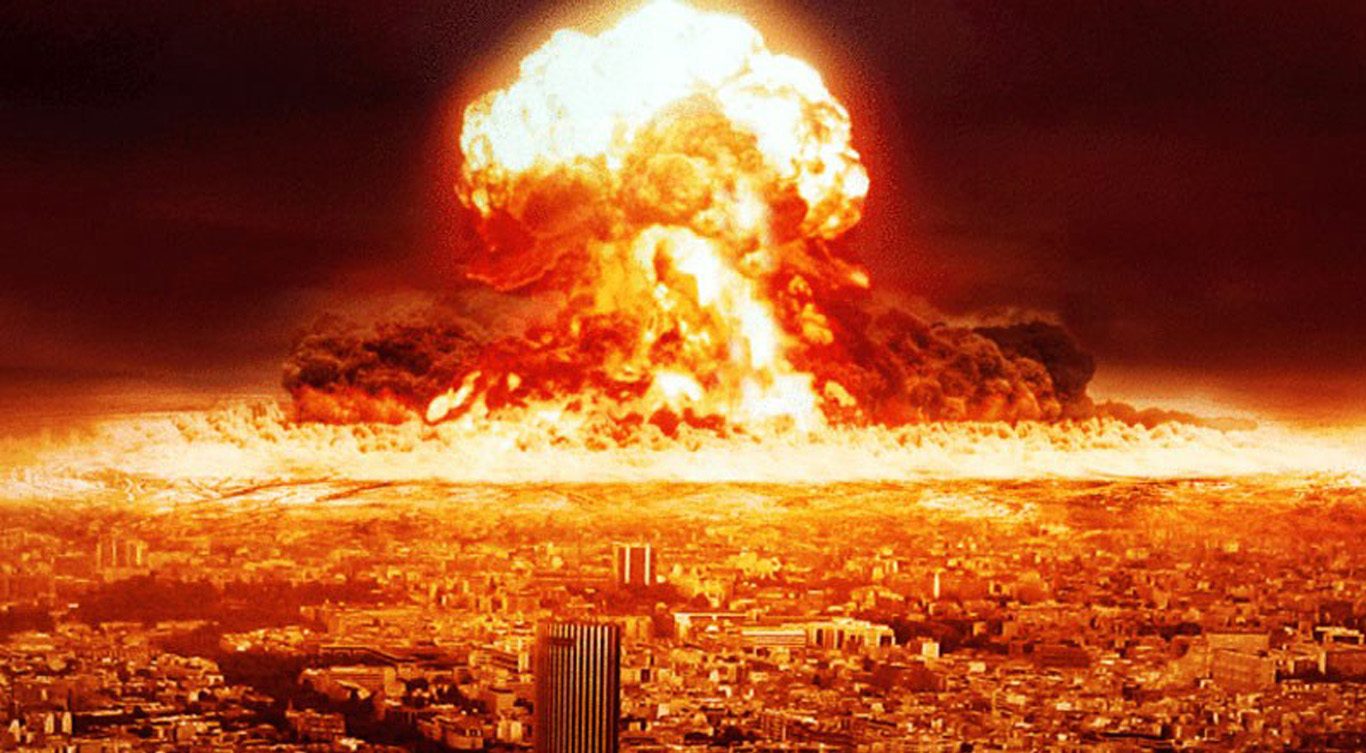 There is a whole history of NBC systems in the military and are integral to the response that countries have. In the early 21st century the acronym NBC changed to CBRN ( Chemical, Biological, Radiological and Nuclear) for systems  and services mean’t to prevent these kinds of disasters. The radiological element was to find and dismantle weapons such as, “dirty bombs”. Although, most of this is military warfare it can be a type of training you find in everyday civilian life. What exactly is nuclear fallout? It is basically an aftermath of a bomb blast that could  cause immense damage by releasing dangerous amounts of radioactive material into the atomsphere and dropping a bomb that could expolde and cause a shockwave to spread far enough to completely destroy civillizations. In most cases today there is almost no chance of a bomb like this being unleashed due to the fact that most weapons like this have become shunned in powerful countries.

Preparation for Living in a Bunker

For the most part bunkers have different pricing and there are a wide range to choose from by many different reputable companies. Even before you actually have the bunker it may take a lot of commitment and planning. So, for the purpose of this article I’ll speak in terms of a person who would want to build a residential structure for their family.

What you want to consider is what is the best location. The type of bunker and  materials you would be using.  You may even be working with a deadline to start and finish a project like this due to many factors.

Well before building a shelter of any kind that is planned out you should determine the leeway of how many people are going to be living in your bunker. You may have to ask yourself some questions. How long will I be living in this place? How much supplies of food should I have?

Whether you voluntarily decided to do it or not, the reality is you may not know how long you would need to stay there. A good plan is to have some form of communication to the outside world. A good choice for that is a ham radio or a cb radio or even walkie-talkies.

In an ideal world you should be able to build on your own land without any kind of discrepancy but, in the case of digging a sizeable hole that may need a lot of management- some bureacracy you can’t avoid. Depending on certain factors of where you live in the world, you may have to get permission and proper permits to build a bunker, especially if its near any kind of surrounding commercial structures. This process may take getting several permits.  For example, in the United States you would need a grading permit, building permit, discretionary permit, plumbing permit and an electrical permit. Do your own research of how best to do this because in this part of the planning stage the more information you can get the better.

For the location, when deciding what spot is best, it is best to know what to avoid. Its best to not put your bunker where there are vast amounts of vegetation and plant life. Some people may plan a build that fits underneath their garage and construct something that can be an added space to the existing garage but this would be more challenging to build where a structure has already been built.

Even if you have a limited timeframe it is always best to have a plan of design or blueprint that can be used and referred to and you have to remember that because of the bunker being underground it is hard to change anything. The design should be a way of making the most space possible in a small environment (or at least it may feel small) and building with an open floor plan is a good start. The materials are also important for design and staying within a budget.

A bunker should have many systems in place such as,  air ventilation, a Generator, Water Filter and waste removal systems. You should also consider security within and outside of the bunker. This can include things like special lockers for individuals if you plan on having some people join your group unexpectedly that you might want to help or having room for a limited number of people.

The Types of Shelters and Bunkers

There are different types of materials that you would want to consider for an underground shelter. The use of metal structures or concrete or even the use of bricks which are affordable and great for insulation. There are even pre-built bunkers that you can buy. A bunker usually is designed as a tank and there is a difference between a shelter and a bunker. A bunker can even be made of fiberglass which is constructed in a mold which would make it waterproof and weatherproof.  However, a shelter may be a cheaper option and is something that you can construct yourself. There are even missile silos that governments prevoiusly had use of during the cold war and have since sold them to private developers to repurpose into a bunkers with pretty good amenities.

As has been mentioned before there are many different ways to survive but you have to remember, it all starts in the mind. What are you prepared to do to survive? What are the best attributes for survival? Well, that is always worth mentioning or discussing and will be discussed in this section.

Of course, there are many things to think about before, during and after a survival situation. Even after a situation such as this your life may not return to what your version of normal is. There is a survival acronym for problem solving and mental preparedness called STOP (stop, think, observe, plan). STOP is a good for helping make tough decisions.

Rule of Threes for Shelter Survival

It can be a very intensive situation when you fall back to these rules which can help gauge how you should view a short term situation and the amount of time you have to work out certain disadvantages. Here is a  relevant version of the rule of threes in a bunker situation.

This is the average amount of time that you are unfocused on securing and making sure that certain resources are taken care of. In a situation where you may be protected, don’t think that you will not have concerns about safety and being able to have awareness of how others are and yourself. Taking care of daily chores and having a plan if you do run out of certain resources should be thought about way beforehand.

In an enclosed space having air circulation is important and with the ability to have a planned layout of how you are going to put an air filtration unit in that space should inform where  to have it (maybe, in a central location). If you do lose air flow be sure to have the ability to quickly fix the problem. So, by having a system that works well and always has failsafes is so important, which is why the Castellex Air550 NBC Air filtration system is a great option among good options. It has a four stage filtration system and can be operated with a 110-240 VAC power supply and an internal back-up battery, which is a great answer to the question of air quality.

–How Long Would an NBC Air Filter system last off-grid?

An air filter system is able to last for years depending on how its used in the environment. For example, if an air filter system does not have a way to extract all toxins out of the air or one part of that system is not properly set-up to monitor certain types of toxins may become vulnerable to leaking a small amount of a toxin. However, that’s why the system can filter nuclear, biologic and chemical contamination on a molecular level. Of course, there are ways to have air recycled in a bunker that is underground,and it would be better to have a system that can clean the air, regularly.

The ideal use for Castellex’s line of Air filtration units is for the long term and not something that is continuously being maintained but being put to good use in whatever environment. The complex situations that an NBC Air filtration system fit into are numerous and would be beneficial for use off-grid.  The answer to having air filtration in domestic homes or buildings is that it’s always possible but things can go wrong and all the air filtration units from Castellex have back-up upon, back-up which allows it to work off-grid. It also allows for the design of air filtration units to have a battery built-in and a hand crank generator. Although, it is recommended that you have a generator that provides a back-up of your own.

3 days is the average amount of time someone can survive without water.  Which is why a good water filtration system is needed and a good start is a 5-stage filter which contains different filtering materials. The best kind of filters are filters which are reverse osmosis systems. This kind of system is designed to filter out even significant amount of radiation by way of activated carbon and other membranes which can remove chemicals like fluoride, lead and chromium.

Much of what is important in survival is food but, it may be easy to manage if you cut back on it. What do I mean by this? I mean that rationing food, especially fresh food, can add weeks to your fresh food stores. You may have to keep things simple, which is also easy to do but, you will most likely have multiple ways of preparing it. Freeze-dried foods a good for this.

This is a bit of a departure from what is in the original rule of threes and this is a mix of ideology and philosophy of how best to keep organization and an ongoing plan. This may not be hard if the people you spend time with on a regular basis works well with you.

–       Take seriously the needs of others and know that you can’t do things on your own and expect to succeed on your own.

–       Realize that whatever practical skills you have should be put to use and even if you don’t, still consider cultivating new skills and even honing them.

–       Have projects that everyone can work on together and then once its finished relish in the pride of what you just did.

These are all things to consider to keep up the morale of others around you and even a situation where you are out in the wilderness working together beats an every-man for himself mentality.

Well, this was certainly a topically dense article and hopefully, it does bring a lot of thoughtful measure to how you plan to survive and even thrive in a scenario that is post-collapse. Many aspects of being prepared may seem outlandish until you realize that it is a very empowering way to think and live. Many of the points discussed in this article are applicable to many people who have the resources but, even if you don’t there is always a way. As mentioned before always do your own research and learn as much as you can. You can always help others with the knowledge and skills you have and in exchange, you may have a place at their table.