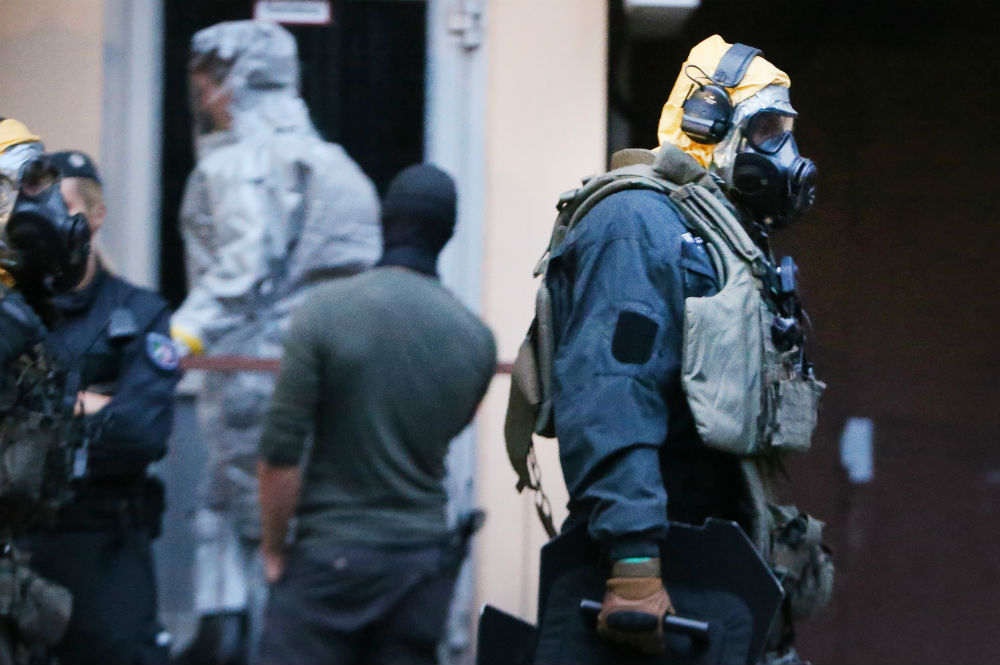 Germany was yet again frightened by another attempt to commit a terrorist attack. This time it was talked about an unheard terror method in Germany by using chemical weapons. Yes, chemical weapons, exactly. Everyone knows for a long time now that it is just a question of time, when will terrorists take out their strongest cards – namely atomic, chemical or biological weapons. About the atomic ones, currently, the most possible case is the spillage of a densely populated area with radioactive materials. Worlds atomic power plants and laboratories have captured hundreds of thefts of radioactive materials. When talking about chemical and biological weapons, it is known for a long time that terrorists have technologies for one or another way of distribution. It is odd, that until now only several usages or the planning of using them have been recorded. I believe, that we have to be extremely grateful for the timely and effective special forces of nations. Of course, we all know, that sometime and somewhere they will miss the terrorists and a disaster will take place. Where and when, sadly, but we cannot know. But at least we know that the radioactive, chemical or biological pollution is not as dangerous when thought about in time, and necessary measures are taken. For example, the United Kingdom’s company Castellex for a long time now has provided the market with a relatively inexpensive and for many fully-accessible Air Series Air Filtration NBC units for the protection of individual homes, apartments, offices. If Air350 is meant to specifically protect from radioactive, biological or chemical danger, then Air550 has everyday air filtration functions. In polluted cities, the toxins spread by factories, diesel car carcinogenic emissions will no longer make their way into your home or office. From everyday filtrating, by a turn of one handle Air550 machinery will take you to the full NBC regime. As it was found out, the main purchasers of the company are Americans, Japanese, and South Koreans. Europeans, sadly, are not in a hurry to protect their families and themselves. Too big of trust with the national institutions, sadly, but sometimes does not leave time and possibilities to prepare for the realities of contemporary lives. Yes, it needs to be admitted that Americans believe and trust their government, as well as they know, that no one can be better prepared for the unexpected than you yourself. Castellex company knows, that it is only a matter of time until the Europeans will start wondering and will take actions to protect themselves and the important people in their lives, but for now, Air350 and Air550 NBC devices are loaded onto the pallets with a writing seen from far away – Final Destination: USA.